News media traditionally focused on delivering the news to inform a general or more specifically targeted audience. The newspaper (boy) was a part of your everyday life, as the Internet is today. Today many people get breaking news through news apps — the time when the paperboy delivered the newspaper to your doorstep belongs to the past.

Digital media disrupted the way people got their news, started pushing content online and presenting news as it was happening, forcing journalists to become bloggers. The time to market for news is now so much faster than it was before; reach is now worldwide and no longer confined to a single metro area. The new “letters to the editor” are in the comments section below the articles. Social is disrupting this transformation even further by putting the news-telling power into the hands of anyone with a smartphone. People can even livestream events from their phones as they happen.

Social media is therefore changing the way we report, deliver, and consume news. “News” spreads faster than ever, fueled by a growing number of social media news outlets. But how do we define news? News is packaged information about current events happening somewhere else. It is no longer constrained by the physical number of pages in a newspaper or magazine.

Any topic is fair game for reporting on now. Individual topics get more coverage, while at the same time topics that might have not made the cut for the evening edition have a fair shot of coverage online with “unlimited” available page space.  For example, the #BrusselsLockdown cats on Twitter were “news” earlier in November, but would a traditional newspaper find that newsworthy 20 years ago? 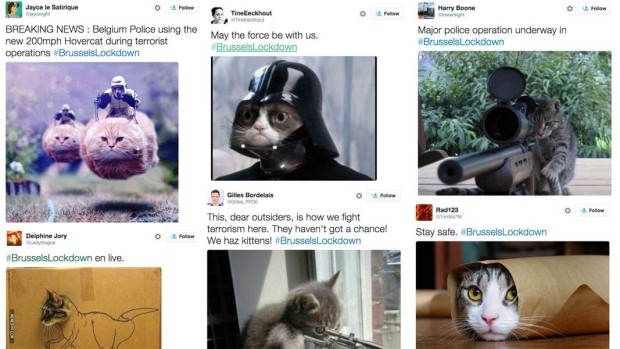 Increasingly, people claim to get their news from social media. They’re often not even actively looking for it — they get the news through scanning their Twitter and Facebook news feeds. Facebook is still leading the way when it concerns the news. Twitter, on the other hand, has become a go-to source for breaking news; it’s fast, easily accessible and informative. Turning to social media for breaking news is becoming the norm.

Most news consumers, especially younger ones, get their news on mobile and through social media. This  younger demographic (18-24s) tends to spend most of their time on Instagram and Snapchat, says Reuters.  With Snapchat launching Discover, more teens would most likely turn to Snapchat for news. Interestingly, we see that Brazil and some Western European countries are also using WhatsApp for news. Funny thing is, overall people don’t see social media initially as their destination for news, they mostly just bump into it on social media. Most millennials I know, turn to Twitter to check for news in a breaking news situation. They “bump into” news on Facebook when they initially intended to check friends’ news feeds to see what they’re doing. Though not actively looking for news on Facebook, the news does get to you.

In a world where real-time social media have become a platform for citizen journalism — do we consider these networks to be a news outlet in itself?

http://twitpic.com/135xa – There’s a plane in the Hudson. I’m on the ferry going to pick up the people. Crazy.

We saw Twitter breaking the news of the plane landing on the Hudson river, and the same goes for many major breaking news events in the past. We’ve experienced the exact same thing with the Turkish Airlines crash at Schiphol in ‘09, the Boston marathon bombings in 2013, and more recently, the attack on the Charlie Hebdo newsroom in January of 2015 and the Paris shootings in November of this year. Social media is becoming the most powerful engine of news distribution as we know it. And with more people turning to Twitter for news, the digital publishing industry is faced with decreasing numbers in traffic to their website and people spend less time on site.

Clearly there’s a place for social news telling, and at the same time the longstanding best practices of traditional journalism provide a needed rigor and practice at investigating, telling, and distributing news.  Both traditional and social media sources are needed to tell a complete story. Each serve a purpose, and can be leveraged by each other.

The publishing industry is still struggling to change and cope with this dynamic. Crowdynews’ social media curation platform provides you with the tools to add the voice of the crowd alongside your editorial content to tell the whole story, as it’s happening. Find and filter relevant social media content with our tools and publish it in real-time to drive more revenue and increase engagement. Have the best of both worlds. We are convinced there’s a place for both traditional news telling and social news telling, and we help you bring the two together.

Curious how Social Media Curation can help your organization reach its goals?
Contact us today for a free consultation.