Contact Crowdynews if interested in capturing an event through social media. To see all of the cool images shared on social media, see the Solar Eclipse social stream below: 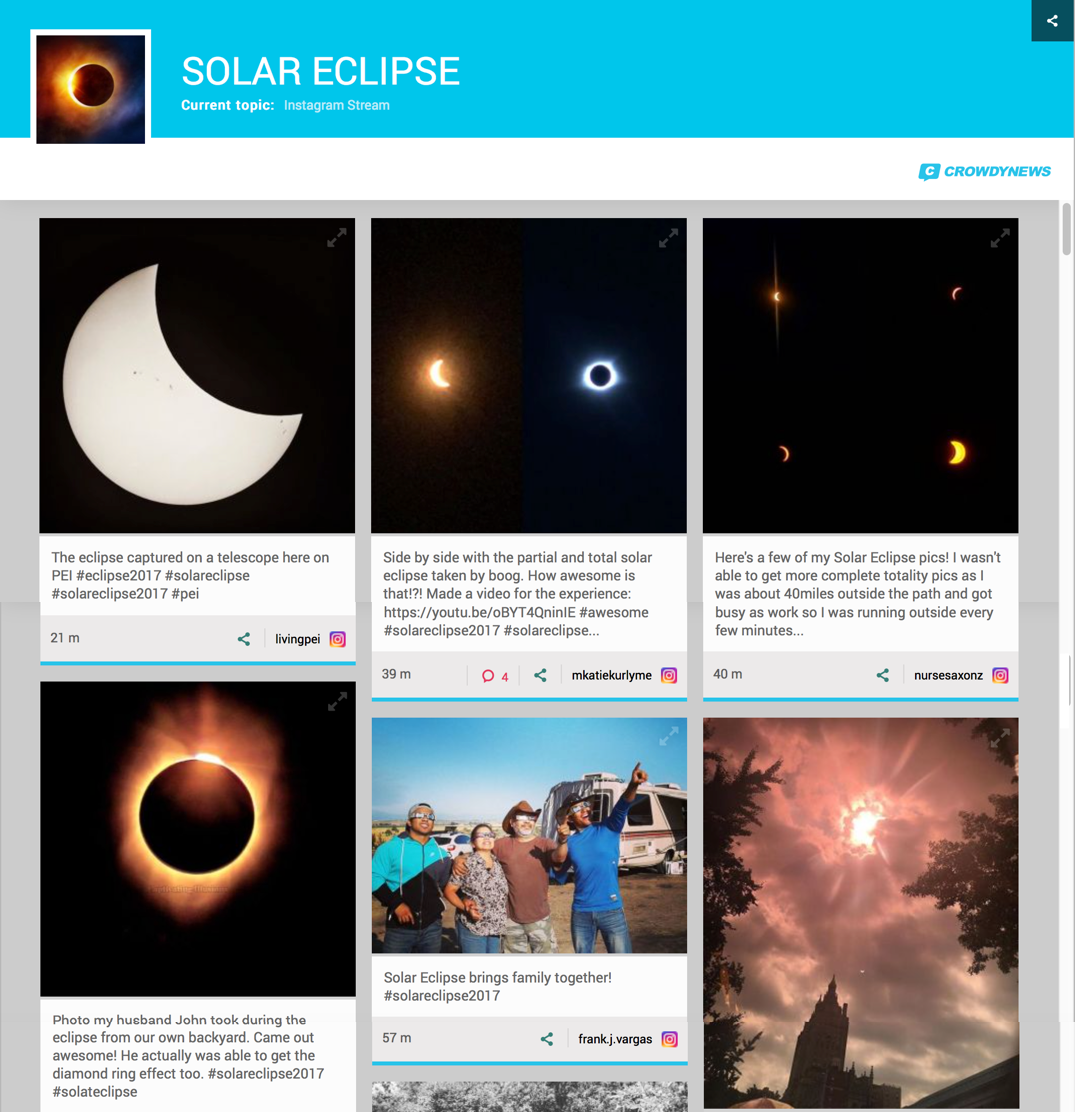